One of the historical professors at Concordia Seminary found this document in some of his research and sent it to me. (Thanks Gerry!) The document shows some striking similarities between the Synod of 1929 and of today; as well as some differences -- some perhaps due to the age and some perhaps due to changing priorities and or piety. In any case, take a look at the images below. Some of the images will be captioned with highlights from the page. Enjoy!

FYI: President Fredrick Pfotenhauer, the last German born president and one of my favorites, was Synodical President in 1929.

The Synod was no doubt "missional" with some 902 church workers in the mission field -- 730 were ordained clergy. Also, educating pastors and teachers was considered missions. It is striking how transparent this report is; its honesty is almost shocking -- no one writes reports like this any longer. 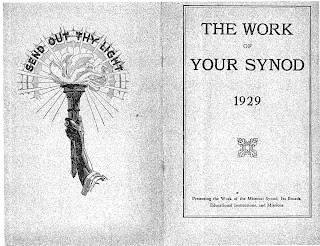 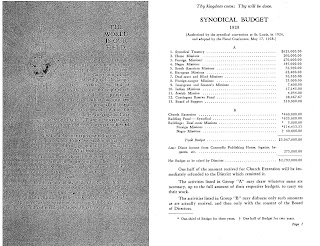 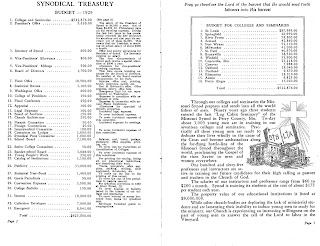 Synodical Treasury Budget 1929
For me this is one of the most interesting pages. It is of the Synodical Treasury Budget 1929. I haven't extensively studied the structure of 1929, but it seems that this in some ways is akin to the International Center's budget today. Note that of the $625,000 total, about $523,000 or about 84% goes to the Synod's colleges and Seminaries (the largest some to Concordia Seminary St Louis). Also, in 1929 the Synod President was paid $4,000 per year. Of this salary, he paid his own travel expenses and the salary of his secretary. 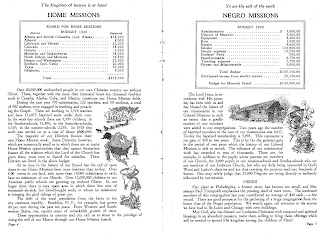 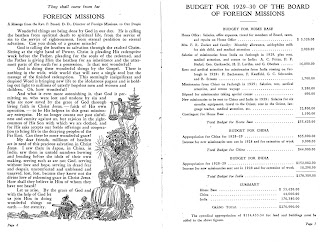 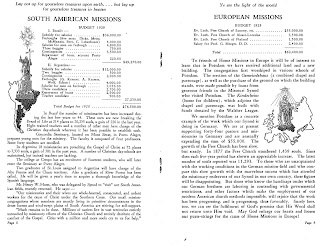 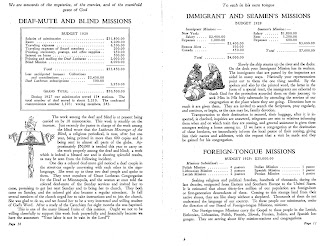 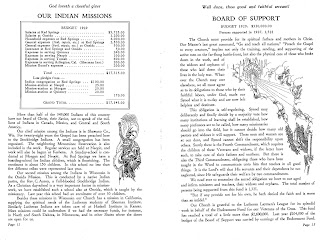 Indian Missions | Board of Support 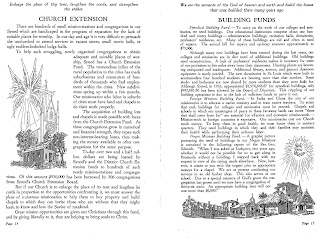 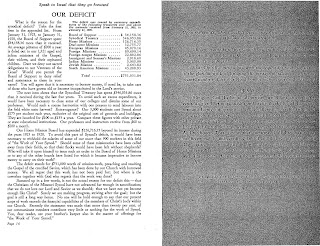 Our Deficit
In 1929, the Synod had a $751,000 deficit. Financial challenges are nothing new for the Missouri Synod. Nonetheless, in 1929, the Synod kept to its goals and borrowed money to support its mission.
Posted by Abc3 at 8:01 PM

Email ThisBlogThis!Share to TwitterShare to FacebookShare to Pinterest
Labels: Pfotenhauer, Work of Your Synod 1929

Comments and other material posted to this site reflect the personal opinions of individuals and may not necessarily reflect the beliefs and practices of The Lutheran Church--Missouri Synod. Material posted from sources other than The Lutheran Church--Missouri Synod may appear on this site. Such appearances do not imply an endorsement of the theological, moral, or ethical position of the source.